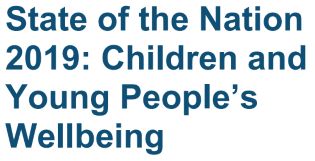 The picture is complex.  This is the overall finding of the report on the wellbeing of children and young people today. For those working with young people in schools and other settings, this is unlikely to come as a surprise...Read more

The lives of young people are multifaceted and the opportunities and demands are many and varied. The main themes explored in this report give us food for thought as well as endorsing what we already know from other studies.

Probably the most important finding of all is that more detailed research needs to be undertaken to see how the interplay of various findings impact overall on young people’s wellbeing.  This may feel much like stating the obvious, as those experiencing poor psychological health rarely present with a single barrier to better wellbeing. It may also feel as if this report does nothing more than highlight the need for us to find out more, however, a more positive framing is that it does at least shine a light on an issue that is central to both education and health policy at a time of increasing dissatisfaction with our school curriculum and the increasing demand for child and adolescent mental health services.  By maintaining a focus on children and young people’s mental health and wellbeing there may be an opportunity for real change and movement towards provisions that are influenced by what children and young people really say they need.

You can read the full report here:

If you have any questions or if you would like us to come and present at your school/organisation please get in touch.

Sign up for our NEWSLETTER and we will keep you up to date with news and information twice a term.

Join the conversation on our social channels.

Here you'll find our policies and guidelines on using and interacting with Well at School.